To Whom This May Concern 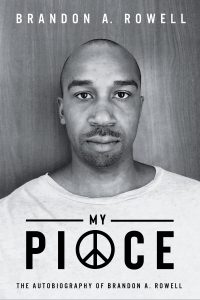 I was recruited out of Morehouse College by MetLife in the spring of 2002. Their initiative to hire people of color began after they received negative feedback from Coca-Cola. At that time, MetLife’s corporate sales force consisted of approximately 225 reps earning an average of $200,000 per year. There were three other African Americans in my hiring class and together, we doubled MetLife’s total of black reps.

Our hiring class understood that our tenure depended on how quickly we were able to generate $100,000 of annual income. I was a first-year Leaders qualifier and exceeded my sales goal in two of my first three years. In my fourth year, I surpassed my goal in nine months before changing markets. Then targeting larger businesses, I sold 95% of my objective to become an Account Executive of the Region.

At that time, one of my best friends was stationed in Atlanta and preparing for his second deployment. I requested a transfer so that we could be closer. During the interview, my future manager said, “I could use some diversity on my staff.”

Shortly after settling into my new office, another rep told me that my clients had come from someone wanting to dump his “sh*t” business. Aside from those accounts, management made me responsible for promoting MetLife’s diversity on my alma mater’s campus, the corporate relationship with the African American owned Atlanta Life, and an agency that happened to be black-owned.

After about a year in the office I was offered additional territory, which I declined because of ongoing knee problems. In response, management said I could take the additional responsibility or find a new job. My condition worsened, so I scheduled the surgeries and requested to work from home. Human resources, however, forced me on disability.

Upon returning from leave, management assigned me undesirable opportunities that included cold-calling from the Yellow Pages. I later presented what turned out to be a lack of opportunity to my manager who responded, “If you think I’m f*cking you, you’re entitled to your own opinion.” I filed a written complaint for discrimination and he placed me on a formal path toward termination the next day.

I took my case to the Equal Employment and Opportunity Commission, but MetLife refused to comply. They also declined to provide the documents I was seeking. In the judicial system, they ran out the clock. Unable to fully explain my case, it left judges with a one-sided story.

I’ve chronicled this and more in my autobiography, but have also created this website in the pursuit of justice. Despite suffering more loss than any one person should, I continue to press forward. If you’d like to receive updates on what we’re up to, please provide your information below.