Whether you’re Christian, Jewish, Muslim, or Buddhist, we all come from the same place. We were all created by the same creator. While the birth and subsequent freedom of mankind was the greatest day in human history, it was the worst day for others. On that day, angels forever took a backseat to the evolution of man.

Jealous and spiteful, an army of angels led by Lucifer sought to prove their rightful place at God’s side. The rebellion met God’s army, led by four archangels in battle. 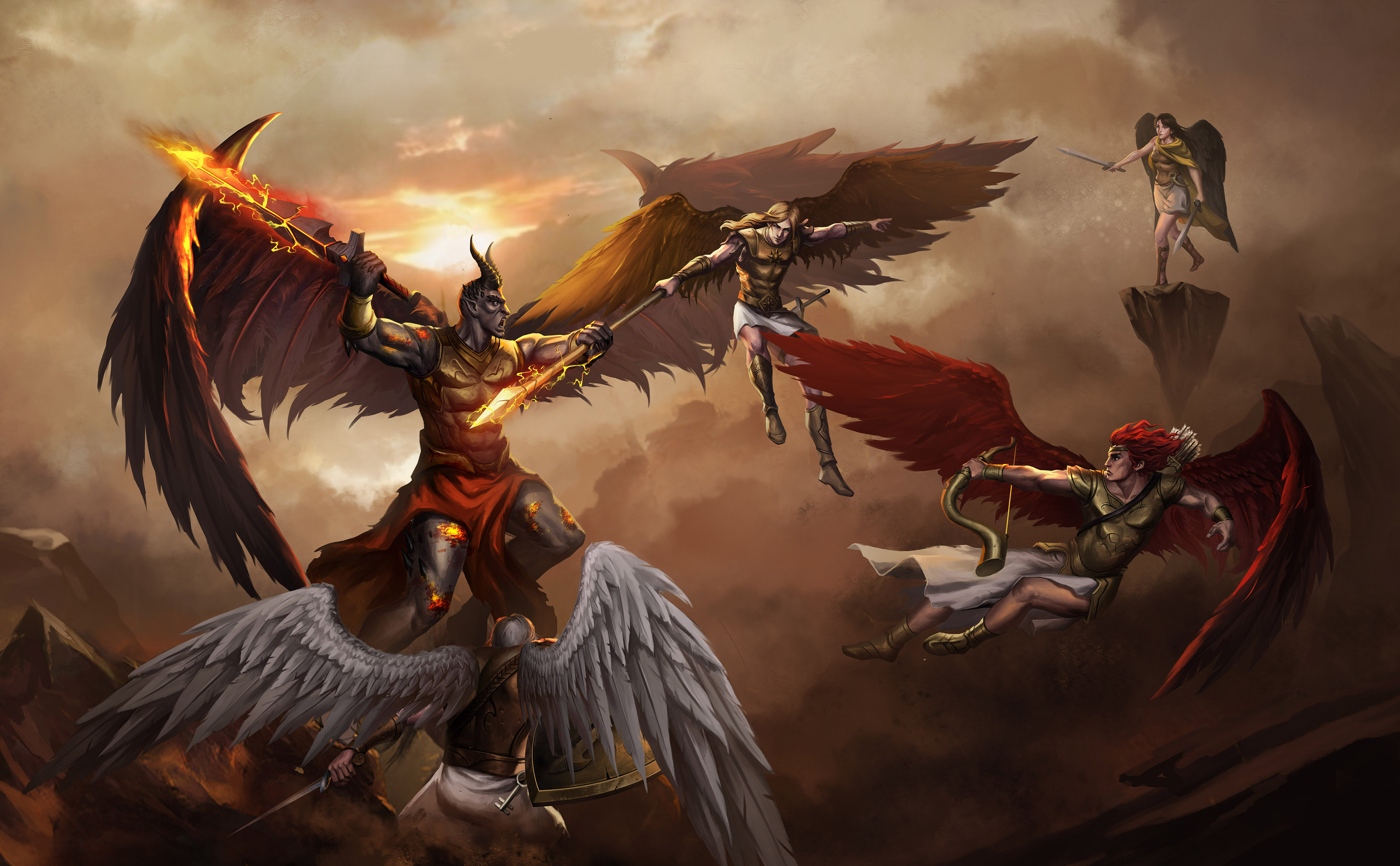 Badly beaten, Lucifer and his supporters were banished from heaven and stripped of their godly appearance. These fallen angels live hidden amongst humans or worse- they are locked behind the gates of hell. With greed, violence, and deceit out of hand, Lucifer’s army has been replenished. He is now more determined than ever to return home for a seat at God’s side.

After becoming aware of Lucifer’s plot, God’s archangels, Michael, Uriel, Raphael, and Gabriel ready for battle. More importantly, they seek the help of three humans to further deliver God’s message of love to the rest of the world. Challenged by circumstance and each other, a special-needs counselor, a religious woman, and a low-life must work together as charged by God to save mankind.